What Is Legal Design And How Did We Get Here? 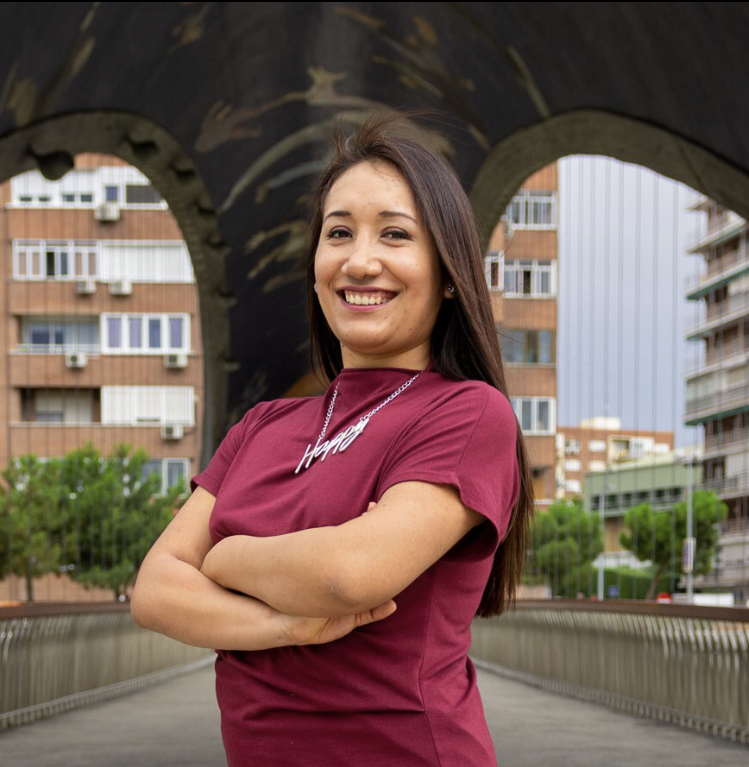 The Legal Design Journey Map, what it is, how it arises and where we’re going by Karol Valencia – Consultant in Innovation, Legal Tech, Legal Design and Service Design at WOW Legal Experience and others, Facilitator and Mentor.

Legal Design,  probably is – after sexy Legal Tech and the super quoted New Law – one of the most popular hashtags and terms currently used by lawyers, especially by those lawyers who have focused their interest in legal innovation. This article is aimed at giving a brushstroke of the concept of Legal Design from my perspective and personal experience, as well as sharing some insights about the birth of this discipline that represents the intersection between law, technology and design. Most importantly we will try to visualise the next steps of this discipline.

What is Legal Design?

The first time I heard the legal term ‘legal design’ I related it, for the first instance and almost automatically to art and not with technology (that came later…).  The point is that after having read multiple articles, having attended numerous MeetUps,and having countless talks with people from the Legal tech and Legal Design  communities from  around the world I was able to come to the following conclusion: “Legal design is much more than an academic discipline or discipline that interacts with others or the mere intersection between technology, design and right. It is a MINDSET, yes as they read it, a different, authentic and fresh way of thinking that allows us to recycle what does not serve and reuse it more efficiently, reinvent the obsolete, improve many processes that needed change or a new perspective.”

In short, the Legal Design is a way of rethinking and also implementing  many things that we identify as challenges of the legal sector and problems of access to justice, so that we can not only transform issues, but redesign  for the future., The process allows us to be able to release and let go of what is no longer applicable, thanking for the good times- as in a relationship, of the kind that was- and create and / or design in the present with real access to justice (an understandable right- and understandable by all its users). But above all, provide an adequate provision of legal services which is legitimately useful, usable and improvable.

How does design come about?

I personally believe that design as such has been around since time immemorial – examples are diverse such as the discovery of fire, to the design of the wheel, or the design and creation of the internet as we know it today that emerged in 1983 approximately.

I have the particular theory that almost everything is already created and/or designed. Therefore there are few things that can really be created 100% from scratch and that are not really an improved or redesigned version of another previous design. , In fact I believe more in redesign. and the theory designs are in a beta-changing state. n any way the main ingredients in the design process for me are curiosity , the ability to identify user needs, and problems to find solutions or improve processes.

I regret to disappoint some people but there really is no precise date to indicate the birth of the Legal Design itself. If you know it I invite you to place it in the comments, and I promise to take a look at it. What I can indicate are some milestones, and again some ideas, of my own regarding the emergence of this mindset.

In a sense it is worth noting the following:

But there is an important detail that we should not forget. It is the fact that this discipline, mindset or whatever legal design represents, has a clearer start date. In 1978 IDEO, commented the following:

“… IDEO is often credited with the invention of the term “design thinking” and its practice. In fact, design thinking has deep roots in a global conversation that has been unfolding for decades. At IDEO, we have been practicing human-centered design  since our inception in 1978,  and we took the phrase “design thinking” to describe the elements of practice that we find most apprehensible and teachable: empathy, optimism, iteration, creative confidence, experimentation and a embrace of ambiguity and failure. We knew from experience that our customers value these skills as much as they value the designs, we create for them (…) We want to teach people to use design thinking in their lives, communities, businesses and organizations…”

The Evolution of Design Thinking

What follows is a paraphrase about other ideas that IDEO and mine comment on design thinking: “… As a mentality and methodology, design thinking is relatively young…” and we have no doubt about that.

“… Today, design thinking has become a common language in many industries and disciplines. The approach is fresh and effective, and newcomers can easily learn and productive interactively with it…”…”That I still have less doubt but, a lot of care because “… it’s also easy to get stuck in the basic movements of design thinking…” such as mere visualization,  or designing content and information, however; “… there  are still no  opportunities for more complete integration. As the concept has spread, it has not always retained a consistent meaning, nor a uniform depth…” and I fear that I identify a certain profit and lack of purpose in some agents who intend to apply design thinking for the mere development of services products or platforms that are not necessarily useful and sustainable in time, losing sight of the true for which of this methodology.

“… The term “design thinking” can be used as a currency without a real commitment to understand and apply the practice. At IDEO, we believe that applying design thinking with integrity means continuing to deepen and refine, to be students and practitioners for life at the same time…” and that last sentence if it touches my heart because I firmly believe that regardless of the sector you are or in which you work we are sponges that adapt and able to absorb knowledge constantly, as a friend and mentor named Luis Felix says, we must be in a constant beta state.

What I also like about this IDEO history section is that they mention some additional milestones that perhaps few know, but are relevant and necessary to remember:

“… Before the advent of design thinking, there were numerous approaches, practitioners, writers, and books that paved the way.

Don Koberg’s 1971 The The Universal Traveler: A Soft-Systems Guide to Creativity, Problem-Solving, and the Process of Reaching Goals

George Nelson’s seminal 1977 book How to See: A Guide to Reading Our Man-Made Environment;

Where are we going?

Honestly in the current 100% VUCA(Volatility, Uncertainty, Complexity and Ambiguity)that reigns globally-even before COVID-19- I can only refer to Socrates that I only know that nothing is, and that what little I think I know I try to improve it, transform it, design it or redesign it and put it at the service of others. I think it’s a good suggestion for everyone. Either way, I promised to rehearse some predictions and there are somewhat similar and some additional ones that Denis Potemkin told us at the “Future of contracting”  event.

If we are able to visualise contracts and manuals, I think it is time to apply the design to regulation and not necessarily use Sketch, Canva or whatever they use, but apply design thinking – and other ‘thinkings’ – to improve regulatory design processes and have great standards in the short term.  Designers can also participate by co-creating citizens who are ultimately the true consumers of the rules in each country or region.

Much is said about the design of digital and non-digital contracts and services. The visualisation of them, the UX/UI, as should be seen or looked at but precisely the design as mentioned above, pretends to improve the identification of problems to solve them and the understanding between people. Only through a good design of the message, the parties will be better able to truly understand what they can or cannot do, what jurisdiction to go to or not, among others, that make interactions between users more dynamic, efficient and effective.

3.100% digital contracts, which are actually integrated.

Integrated in the sense that these sections of identification, signature, and subsequent contingencies can solve them online also in the best case and above all, to be able to continue the cycle in a normal way despite the adversities or circumstances that may arise. This involves integrating contracts with technologies or technological solutions such as: Digital Onboarding, Blockchain, electronic signatures, Cloud, among others that I am perhaps developing at work like other friends and by “professional secret and loyalty” I cannot reveal.

I consider that perhaps this is the most ambitious feat. A while ago with some developer friends and designers, I read a lot about it and I have commented on this idea with some colleagues. The first thing I heard was that it was not possible or not of someone doing it today, but I think that only made me even more anxious and curious about it. A while ago I participated in a Voice Interface UX community (VIUX) community where I started with redesigning voice interface skills, but I have always believed that because of my passion for music and my passion for accessibility, that even if we do not see it viable today by a series of parameters, standards, regulation on data security, among others, audio contracts are part of the desirable future that I would like to implement in law. I need help with that experiment, so please reach out to exchange information about what has been being done or not about it.

This might go first, but I left it until last because it deserves even a complete article.  We have spent a lot of time thinking that the law was the mere application of the sources of law, and that many of them were written in a past which is not even similar to the current picture.  Many of those rules and codes, just as jurisprudence in the Anglo-Saxon countries, were done on the basis of observation, experimentation – some others on the basis of arbitrary taxation. But if we go much further back to the beginnings of Greek law , where everything was born we will see that the law was not only a box of rules or resolutions that were applied for no greater reason, but were the result of the intersection of different perspectives, sciences and disciplines such as human behaviour, biology, economics, theatre, oratory that nurtured law and made it the most important vehicle for achieving the long-awaited end of justice, a justice that was not reduced to mere paperwork, a mere process or a mere role and that formed lawyers who interacted with colleagues from other professions and had interesting talks and debates to improve their community.

Today we have the opportunity to do the same, to reconnect with that origin- to improve it- and as IDEO friends say, to be able to really integrate design thinking into our practice that should be more receptive to improvements, seek to reinvent, , let go of what no longer works, give thanks for past times, communicate with other agents of change from other sectors and industries and take the best of their practices and processes to create a better right that positively impacts on end consumers who are the users of the same. But above all, highlight those lawyers focused on design, redesign or creating rights for people; I conclude by saying: “I have a short-term goal of seeing more people working together to create a better right for people.”